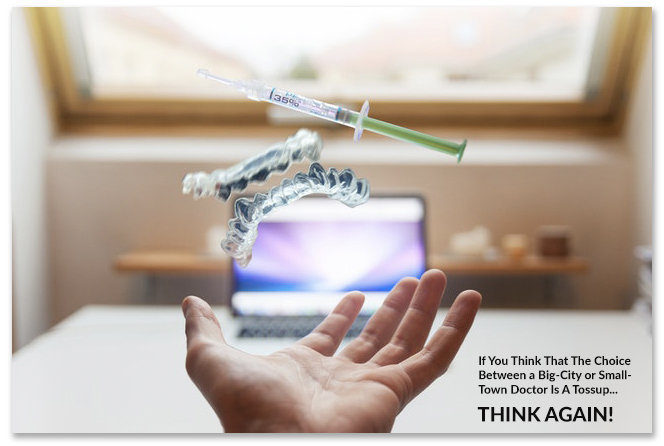 If you’ve ever wondered whether there’s really a difference in small-town versus big-city healthcare, I can tell you from personal experience the answer is a resounding YES.  That’s not to say that small towns don’t have good doctors or healthcare professionals. I’m only saying that in my experience and observations, I’ve seen enough of a difference to be convincing.

To give you some background, I left my home town of 15,000 (now down to 12,000 thanks to ‘Brain Drain”) years ago, not long after I graduated college.  I headed west because I wanted to live somewhere with big, open skies, beautiful scenery, and winters that actually saw sunshine. But, I didn’t want to isolate myself completely, I just needed some serious space after growing up in a town where everybody knows everyone and all their business, besides.

So, I chose a modest city of 300,000 in Colorado.  I loved seeing the mountains, and actually spending a bit of time there.  I’m not a skier or mountain biker (although several native Coloradoans have tried to convert me), but I do enjoy hiking and generally just being outside.  A couple years later, I made the move to the Denver area. I was ready to find more challenging, higher-paying work.

Also, frankly, I was getting a little tired of the rinky-dink feel of that smaller city. 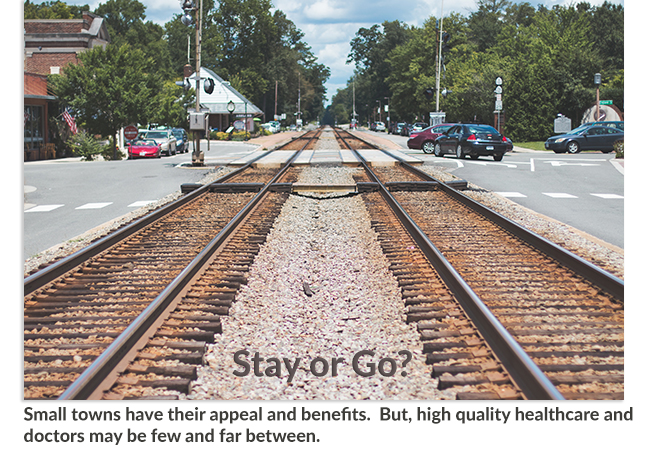 I had two experiences with the small-town doctors there that, looking back, should have raised some big red flags for me.  First, I went for a checkup. I saw a doctor based on my friend and roommate’s recommendation. She had seen him a number of times and thought he’d be a good fit for me as well.  At my checkup, he thought he’d found something that would need a procedure. I was still in my 20’s and way too trusting of those who hold traditional positions of authority. So, I took him at his word.  Without going into a lot of detail, I can tell you that now I believe he performed an unnecessary procedure on me. It was painful at the time, and even more painful afterwards for several days. I remember the nurse who was in the room during the procedure.  I sensed that she didn’t approve of what was going on, that she knew something was amiss. When he gave me his card and said he also did obstetrics if I ever needed it, I thought, “not on your life, buddy!”

The second experience happened after a traumatic injury.  Nothing hurt at first, and honestly it all happened so fast that I didn’t think much of it.  Again, I was in my 20’s and more than a little naive. I can’t recall how much time passed, but soon I began to experience terrible neck pain.  It was so bad that one weekend, I couldn’t get out of bed. I chalked it all up to my busy job as a receptionist. I was on the phone all day and didn’t always use a headset; many times I cradled the phone between my shoulder and head.  Not good!

So, finally, I went to a different doctor (I had health insurance by then).  I told him about my neck pain, he did a brief exam, then had me lie down with a hot pack on my neck and upper back.  He did not order xrays, and I don’t remember what he did or didn’t ask me, but I know I didn’t connect my injury weeks prior to the pain.  The heat treatment did help for a while, but years later in Denver I learned from chiropractic x-rays that two discs had been twisted out of place.  How I wish I had met my chiropractor earlier!!

Finally, I witnessed similar situations when my mother was told she had Cancer.  I had come with her to a follow-up appointment. She’d had a hysterectomy the week before, and the doctor wanted us to come in to the office.  It’s usually not good news when they tell you that. Sure enough he dropped the bombshell. He informed us that my mom had a rare form of endometrial cancer.  I don’t know what he said after that, because I was too shocked and upset. My mother, in contrast, completely held it together. I was using up the kleenex box, but she was strangely calm.  I think she probably knew something was seriously wrong. But I wasn’t ready to hear that yet.

I was blown away by what happened next.

A few minutes later, the doctor returned and basically told us we had to leave.  What?!? Was he not familiar with human reactions to a diagnosis that was basically a death sentence?!!  Unbelievable. We weaved our way out through the tiny waitroom, trying to avoid the stares, and retreated to the cold and rainy parking lot where I promptly dropped the f-bomb.

Later, I drove her to the local Cancer Center, which is an intense experience in itself.  We met with an Oncologist who seemed very odd. It’s not that I thought he gave bad advice, or said anything that struck me as out of the ordinary.  He just had this…flippant air about him. He advised my mother to get radiation, no chemo, and to start as soon as possible. I don’t honestly remember how soon he wanted her to start, but it was soon enough that my mother scoffed at the idea.  She put off treatment to go get a second opinion (and also to celebrate the holidays). And I respected her decision.

A few months later, my mom was hospitalized with Pneumonia and I went to visit her.  While I was there, yet another doctor came in to check on her. As I recall, this was her general practitioner.  She was having a terrible time eating anything; I don’t understand the mechanics, but parts of food had ended up in her lungs and that attributed to the pneumonia.  And this doctor practically yelled at her, saying she ate too fast and simply needed to chew more.

I remember thinking, “Are all the doctors in this town C-students or what?!?”

Not a fair assessment by any means, but this is how I felt. After I flew home and went back to work, I shared some of the experience with a coworker who was from an even smaller town in the midwest.  He said, “We call those ‘horse doctors’ where I come from.” 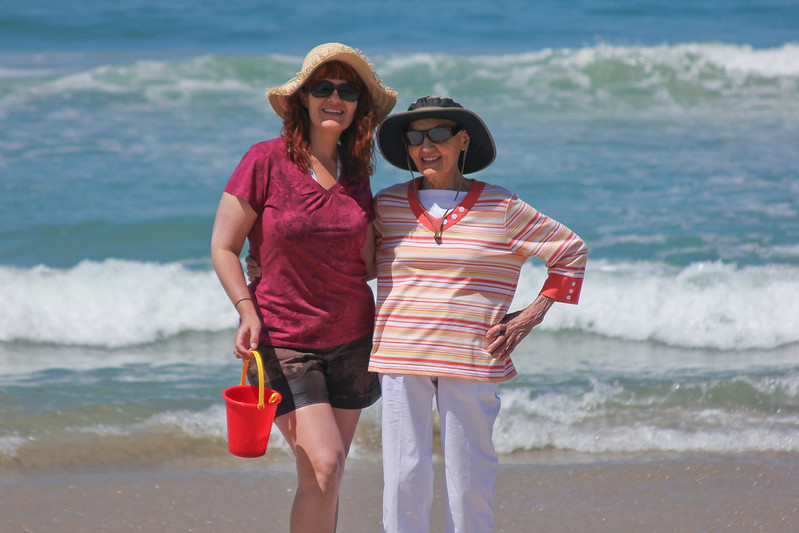 My mother would probably not be here today had we chosen her doctors and care differently, but she may have had more time with us, and our frustrations with small-town medical care would not have taken it’s toll on us.

So, while I’m sure there are many people in rural America who are satisfied with their healthcare, I’m not one of them.  I’ll take the urban practitioner any day over the horse doctor. 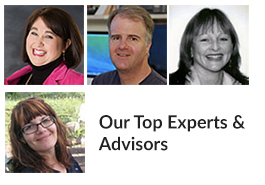